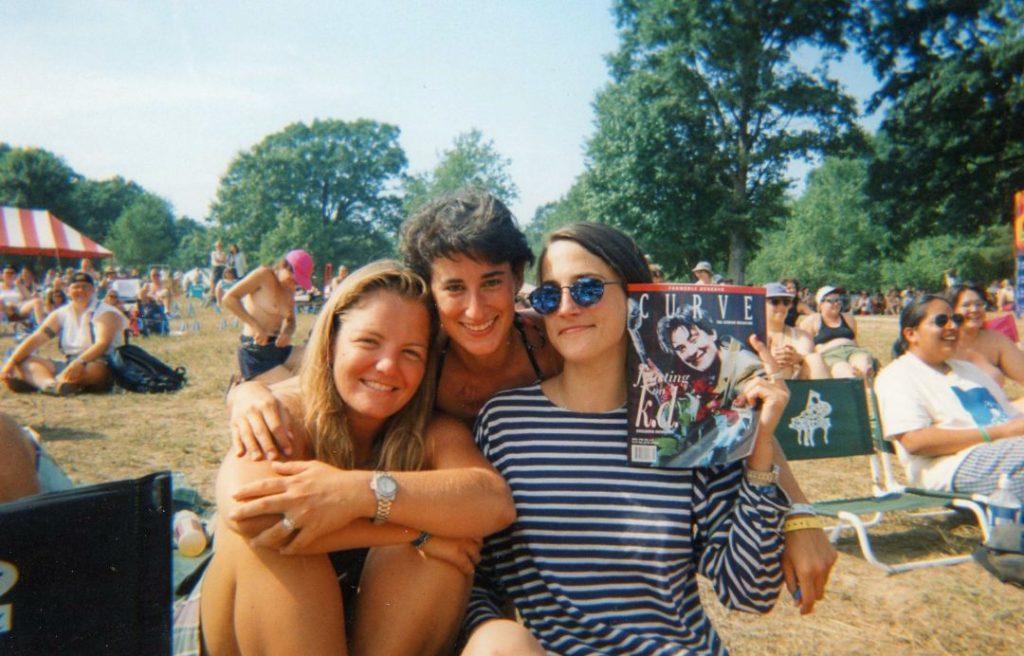 Special Presentation: Ahead of the Curve

Formerly known as Deneuve, Curve magazine is the longest running magazine run by and for lesbians, queer and bisexual women. Founded in 1990 by Franco Stevens, the magazine was a revolutionary publication that created a safe space in its pages for queer women. It was in those pages that many women saw themselves represented and reflected for the first time in their lives, beautifully visible. In the following years, Curve created a movement and a community whose impacts are still deeply felt. Ahead of the Curve is the story of one of the most influential publications in lesbian media history, but it is also the story of the woman who fought tooth and nail to create and maintain it. Growing up, Franco never saw any representation of queer women—she didn’t even know it was possible for a woman to be gay. When she realized that she was a lesbian, she also realized that the spaces she craved she might have to create herself—and she did, very successfully. But decades later, her magazine is facing extinction like many publications, and Franco must reassess whether her legacy can survive. She sets out on a journey to better understand the visibility work being led by an intersection of queer women today. Featuring interviews with Andrea Pino-Silva, Kim Katrin, Denice Frohman, Amber Hikes, Jewelle Gomez, Melissa Etheridge, and Lea DeLaria, and a score composed by the legendary Meshell Ndegeocello, Ahead of the Curve celebrates, honours and interrogates the legacy of a movement while considering the shifts and contractions necessary to create a more representative future for all queer women.

Please note that viewing is limited to BC only.